You are here: Home / Our Team / Our Partners / Doug Kirkpatrick, Ph.D. 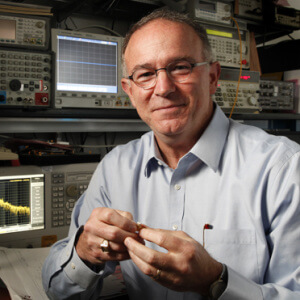 Dr. Kirkpatrick is currently a founding General Partner of InnerProduct Partners, a San Francisco based early stage investment firm and technology development management company. In connection with his role as General Partner at InnerProduct Partners, he also serves as CEO of two of the Fund’s portfolio companies, BlackPak and Eridan Communications.

He was a Partner at VantagePoint Capital Partners from 2010-2013, a large multi-stage VC firm, also based in the San Francisco Bay area. Prior to VantagePoint, from 2002–2010, Dr. Kirkpatrick was a Program Manager and Chief Scientist at the Defense Advanced Research Projects Agency (DARPA).

In addition to his DARPA work, he was simultaneously the Senior Technologist for Technology Productization for the Department of Defense. Prior to DARPA he was the VP for R&D at Fusion Lighting, a lighting technology startup, and a VP and Division Manager for Science Applications International Corporation, both in the Washington DC area.

Dr. Kirkpatrick holds a BS degree in Physics and Mathematics from the College of William and Mary and a Ph.D. in Physics from MIT. He is a Fellow of the American Physical Society.